How Junior Golfers Grow at Greystone

“Juniors help create the next generation of Club Members,” says longtime Greystone Member and former  Board Member George Trible. George’s daughter, Taylor, is a part of that next generation and has already earned the title of champion. 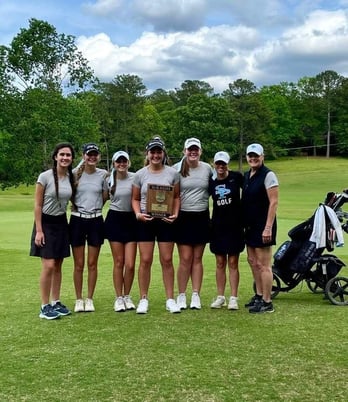 Learning From the PGA Pros

Both Taylor and Courtney’s parents agree Greystone is a special place to learn the game. Both young women are students at the Blackburn Golf Academy, headquartered in Greystone’s Golf Performance Center at the Legacy Course. Leading the teams here at Blackburn Golf Academy are highly-decorated instructor Mark Blackburn, PGA Pro and Founder CEO, and Brian Speakman, PGA Pro and Operations Director/CFO.

“The Blackburn Golf Academy has been with Taylor since she began playing golf,” says George. “She has taken lessons or engaged with every person on the Blackburn Team in some way. Different teams work with different coaches. At any time, if Brian [Speakman] isn’t available, the entire staff is still on the same page. They can pick up where Brian left off. All of them should feel like they have been a part of her development as a person and golfer. That’s what makes the program so special. They are extremely accessible to the Juniors.”

In her first year of competitive play, Taylor won the Birmingham Golf Association’s Junior Golf Championship for Girls. This fall she’ll be playing golf at the University of Southern Mississippi (the same college where Mark Blackburn played). George says Mark is “building a legacy” with the young people he trains.

The Johnson family moved from Arizona in 2017 and selected Greystone Golf & Country Club because of the excellent coaching available to Juniors. “Mark is the reason we’re here,” explains Steve Johnson. He’d been highly recommended by Courtney’s former coach.

Courtney has been playing golf since age five and will be a junior when she returns to Spain Park High School this fall. Steve is rightly proud of his daughter. “We’re impressed with her ability to balance being a student-athlete,” he says. “It’s important that she leads a balanced life.”

When they moved to Greystone, the Johnsons were excited about the number of female Junior golfers in the area and all the opportunities to play against top talent. Through the programming at Blackburn Golf Academy, Junior golfers can “rub elbows” with PGA Pros by doing things like participating in chipping contests and teeing it up alongside them on the range.

At Greystone, Juniors can take part in PDEV Junior Development, PGA Sports Academy, PGA Junior League, private instruction, summer camps, and Girls Golf. No other club in the area offers as many ways for a young player to grow as Greystone.

Playing with other Members at Greystone and interacting with adults has been extremely helpful for Taylor’s progression in the sport and as a young woman, according to her dad.

“Taylor has been able to make lasting friendships,” George gushes. “She calls one Greystone Member her ‘practice Uncle.’ Taylor knows the Members and the Members know Taylor.” She’s also “learned how to give a firm handshake” notes George. 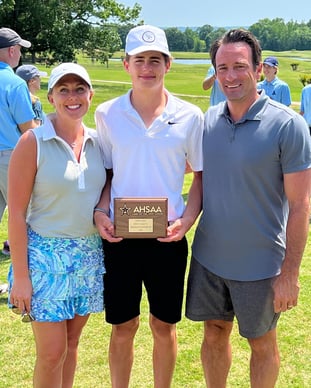 Also on a path to golfing success is current Junior Boys Club Champion Chase Kyes. He’s been a regular at the Blackburn Golf Academy at Greystone and the work has paid off.

“He’s special,” says Chip Thomas, Junior Development Coordinator for the Blackburn Golf Academy and Chase's swing coach. “I first saw it when I went to the chipping green. Most kids when they start practicing golf hate chipping. Chipping is the last thing they want to do. But he excelled at it. He was different. He could do a lot of different shots. I thought he was going to be special then because it was unique to see a 10-year-old doing that stuff.”  By age 11, he'd entered and won his first tournaments. And by 2020, he was the Boy’s Junior Club Champion at Greystone.

Fast forward to May of 2022, Chase became the 7A Runner-Up State Champion through his participation on the Spain Park High School Boys Golf Team. This win came after an impressive 5-under par round of 67 on the final day of the tournament.

With all that practice at the Club and on the high school competitive circuit, Chase hopes to make it on the PGA Tour one day. Until then, he’ll be busy improving and attracting the attention of college coaches.

Why Fall is a Great Time for Greystone Golf, Social Events, and Family Traditions

Now that it’s November, Fall has truly arrived in the South: the temperatures have lowered, the...