Groove on the Green: Music with a Mission 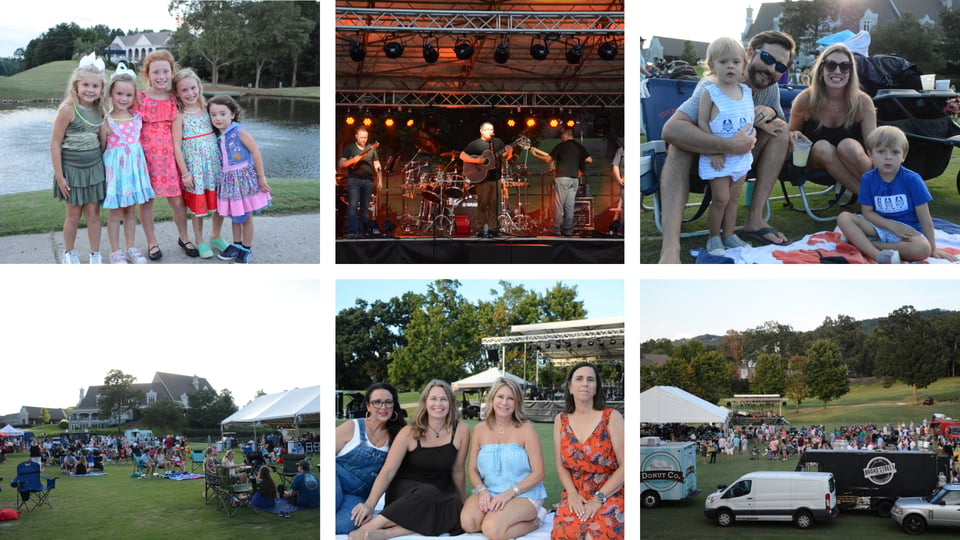 One of the most anticipated events of the year for the Greystone community is Groove on the Green. An annual tradition, Groove on the Green is expected to be even bigger and more impactful in 2022. Mark your calendars for Saturday, August 27—the gates open to residents and Members at 5:30 pm on the Founders Driving Range!

Coca-Cola is the title  sponsor for this year’s  event and thanks to a strong musical lineup, organizers expect 700-800 people to attend. At 7:30 pm, the performances will begin with Maggie Speaks—a high-energy cover band that has performed around the country. Special guest Randall Hall (former Lynyrd Skynyrd lead singer) will also perform. At Groove on the Green, concert-goers will enjoy the incredible music and entertainment with the backdrop of the beautifully maintained Founders Course and Clubhouse. Entry is free but donations to Greystone Foundation are strongly encouraged.

In addition to the live music, guests will enjoy a VIP tent, food trucks, and a beverage tent. New this year—a children’s section! The children’s area will include an appearance by the Sweetheart Guild thanks to the American Heart Association’s participation in the event. The VIP Tables are going quickly, please email groove@greystonefoundation.org for more information.  Most bring blankets and lawn chairs and enjoy a night under the stars with great music, family and friends.

Greystone Foundation on a Mission

“We really want to make a difference in our community,” Crutcher states. “From what I understand, we are the only private club in Birmingham that has a Foundation with 501c3 status. That’s special. It’s a testament to the Members of the Club.” For Crutcher, the fact that Members are using their memberships to give back to the local community means a great deal.

Grooving on the Green to Make an Impact 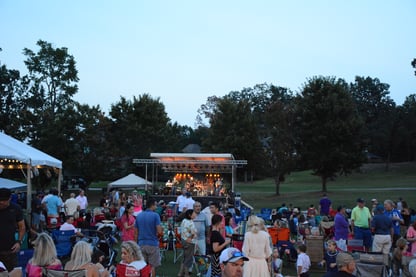 Greystone Foundation has selected three local charitable organizations to benefit from funds raised through the Foundation’s efforts this year. All funds raised are distributed evenly among the chosen charities.

This year, the charities that will benefit are Prescott House, AG Gaston’s Boys & Girls Club, and Jeremiah Castille Ministries. Representatives from each of the chosen charities will be in attendance and will speak at the event.

Groove on the Green is one of the most anticipated fundraisers hosted by the Foundation each year. Organizers have high hopes. Event chair, Susan Peeples, is a longtime resident and Member of Greystone. In her first year as Chairman of the Groove on the Green, she is tasked with growing the event's impact and awareness among Greystone residents and throughout the local community.

“I’ve grown up at Greystone. I’ve been going to Groove on the Green for many years, but never realized it was a charity event,” states Peeples. This year, Peeples plans to make sure the community knows that Greystone gives back. “We’ve primarily focused on children’s charities this year. And, there’s no overhead at Greystone Foundation. Everyone volunteers. Even the Club’s CFO. Everything raised goes straight to the charities.”

The Greystone community will not want to miss this opportunity to support organizations making a positive impact within the Birmingham area. Interested in learning more? Do something good today. Email groove@greystonefoundation.org.

Why Fall is a Great Time for Greystone Golf, Social Events, and Family Traditions

Now that it’s November, Fall has truly arrived in the South: the temperatures have lowered, the...